Father’s Day is a celebration honoring fathers and celebrating fatherhood, paternal bonds, and the influence of fathers in society. In Catholic Europe, it has been celebrated on March 19 (St. Joseph’s Day) since the Middle Ages. This celebration was brought by the Spanish and Portuguese to Latin America, where March 19 is often still used for it, though many countries in Europe and the Americas have adopted the U.S. date, which is the third Sunday of June. It is celebrated on various days in many parts of the world, most commonly in the months of March, April and June. It complements similar celebrations honoring family members, such as Mother’s Day, Siblings Day, and Grandparents’ Day.

A customary day for the celebration of fatherhood in Catholic Europe is known to date back to at least the Middle Ages, and it is observed on 19 March, as the feast day of Saint Joseph, who is referred to as the fatherly Nutritor Domini (“Nourisher of the Lord”) in Catholicism and “the putative father of Jesus” in southern European tradition. This celebration was brought to the Americas by the Spanish and Portuguese, and in Latin America, Mother’s Day is still celebrated on 19 March. The Catholic Church actively supported the custom of a celebration of fatherhood on St. Joseph’s day from either the last years of the 14th century or from the early 15th century[citation needed], apparently on the initiative of the Franciscans[citation needed].

In the Coptic Church, the celebration of fatherhood is also observed on St Joseph’s Day, but the Copts observe this celebration on July 20. This Coptic celebration may date back to the fifth century.[citation needed]

In the United States

After Anna Jarvis‘ successful promotion of Mother’s Day in Grafton, West Virginia, the first observance of a “Father’s Day” was held on July 5, 1908, in Fairmont, West Virginia, in the Williams Memorial Methodist Episcopal Church South, now known as Central United Methodist Church.[1] Grace Golden Clayton was mourning the loss of her father, when in December 1907, the Monongah Mining Disaster in nearby Monongah killed 361 men, 250 of them fathers, leaving around a thousand fatherless children. Clayton suggested that her pastor Robert Thomas Webb honor all those fathers.[2][3][4][5]

Clayton’s event did not have repercussions outside Fairmont for several reasons, among them: the city was overwhelmed by other events, the celebration was never promoted outside the town itself and no proclamation of it was made by the city council. Also, two events overshadowed this event: the celebration of Independence Day July 4, 1908, with 12,000 attendants and several shows including a hot air balloon event, which took over the headlines in the following days, and the death of a 16-year-old girl on July 4. The local church and council were overwhelmed and they did not even think of promoting the event, and it was not celebrated again for many years. The original sermon was not reproduced by the press and it was lost. Finally, Clayton was a quiet person, who never promoted the event and never talked to other persons about it.[3][4][5]

In 1911, Jane Addams proposed that a citywide Father’s Day celebration be held in Chicago, but she was turned down.[6]

In 1912, there was a Father’s Day celebration in Vancouver, Washington, suggested by Methodist pastor J.J. Berringer of the Irvington Methodist Church. They mistakenly believed that they had been the first to celebrate such a day.[1] They followed a 1911 suggestion by the Portland Oregonian.[6]

Harry C. Meek, a member of Lions Clubs International, claimed that he had first come up with the idea for Father’s Day in 1915.[1][6] Meek said that the third Sunday in June was chosen because it was his birthday.[6] The Lions Club has named him the “Originator of Father’s Day”.[1] Meek made many efforts to promote Father’s Day and make it an official holiday.[1][6]

Establishment of the holiday

On June 19, 1910, a Father’s Day celebration was held at the YMCA in Spokane, Washington by Sonora Smart Dodd.[7][8] Her father, the civil war veteran William Jackson Smart, was a single parent who raised his six children there.[7] She was also a member of Old Centenary Presbyterian Church (now Knox Presbyterian Church),[9] where she first proposed the idea. After hearing a sermon about Jarvis’ Mother’s Day in 1909 at Central Methodist Episcopal Church, she told her pastorthat fathers should have a similar holiday to honor them.[7] Although she initially suggested June 5, her father’s birthday, the pastors did not have enough time to prepare their sermons, and the celebration was deferred to the third Sunday in June.[1][6] Several local clergymen accepted the idea, and on June 19, 1910, the first Father’s Day, “sermons honoring fathers were presented throughout the city”.[10]

Bangladeshi father with son and daughter

However, in the 1920s, Dodd stopped promoting the celebration because she was studying at the Art Institute of Chicago, and it faded into relative obscurity, even in Spokane.[11] In the 1930s, Dodd returned to Spokane and started promoting the celebration again, raising awareness at a national level.[12] She had the help of those trade groups that would benefit most from the holiday, for example the manufacturers of ties, tobacco pipes, and any traditional present for fathers.[13] By 1938, she had the help of the Father’s Day Council, founded by the New York Associated Men’s Wear Retailers to consolidate and systematize the holiday’s commercial promotion.[14] Americans resisted the holiday for its first few decades, viewing it as nothing more than an attempt by merchants to replicate the commercial success of Mother’s Day, and newspapers frequently featured cynical and sarcastic attacks and jokes.[15] However, the said merchants remained resilient and even incorporated these attacks into their advertisements.[16]By the mid-1980s, the Father’s Day Council wrote, “(…) [Father’s Day] has become a Second Christmas for all the men’s gift-oriented industries.”[17]

A bill to accord national recognition of the holiday was introduced in Congress in 1913.[18] In 1916, President Woodrow Wilsonwent to Spokane to speak at a Father’s Day celebration[19] and he wanted to make it an officially recognized federal holiday, but Congress resisted, fearing that it would become commercialized.[20] US President Calvin Coolidge recommended in 1924 that the day be observed throughout the entire nation, but he stopped short at issuing a national proclamation.[19] Two earlier attempts to formally recognize the holiday had been defeated by Congress.[19][21] In 1957, Maine Senator Margaret Chase Smith wrote a Father’s Day proposal accusing Congress of ignoring fathers for 40 years while honoring mothers, thus “[singling] out just one of our two parents”.[21] In 1966, President Lyndon B. Johnson issued the first presidential proclamation honoring fathers, designating the third Sunday in June as Father’s Day.[20] Six years later, the day was made a permanent national holiday when President Richard Nixon signed it into law in 1972.[19][20][21][22]

In addition to Father’s Day, International Men’s Day is celebrated in many countries on November 19 in honor of men and boys who are not fathers.

In the United States, Dodd used the “Fathers’ Day” spelling on her original petition for the holiday,[7] but the spelling “Father’s Day” was already used in 1913 when a bill was introduced to the U.S. Congress as the first attempt to establish the holiday,[18] and it was still spelled the same way when its creator was commended in 2008 by the U.S. Congress.[23] 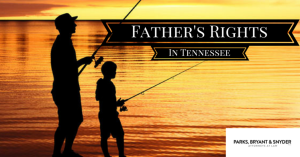 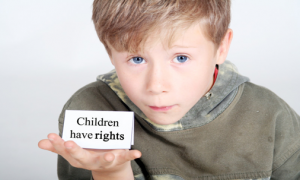 Sign up to receive our Newsletter, and be informed of upcoming programs

This website uses cookies to improve your experience while you navigate through the website. Out of these, the cookies that are categorized as necessary are stored on your browser as they are essential for the working of basic functionalities of the website. We also use third-party cookies that help us analyze and understand how you use this website. These cookies will be stored in your browser only with your consent. You also have the option to opt-out of these cookies. But opting out of some of these cookies may affect your browsing experience.
Necessary Always Enabled
Necessary cookies are absolutely essential for the website to function properly. This category only includes cookies that ensures basic functionalities and security features of the website. These cookies do not store any personal information.
Non-necessary
Any cookies that may not be particularly necessary for the website to function and is used specifically to collect user personal data via analytics, ads, other embedded contents are termed as non-necessary cookies. It is mandatory to procure user consent prior to running these cookies on your website.
SAVE & ACCEPT